Globalisation is the process through which interaction and integration of individuals, economies, cultures and governments take place. It largely focuses upon removal of trade barriers so that flow of goods and services can easily take place between different countries of the world (Hirst, Thompson and Bromley, 2015). Globalisation results in economic and social development of country by increasing foreign direct investment and liberalising the trade policies. This assignment is based upon Marks & Spencer so as to gain knowledge about the impact of globalisation over the operations and functions of company. Marks & Spencer is a leading retail company that deal in providing day-to-day products to people across the globe. This assignment will cover aims and objectives on the basis of which project management plan is made. For collecting information, research has been conducted by using various methods. In the end, recommendations are provided on the basis of conducted research.

Background of the Research

Globalisation is an ongoing process through which the beliefs and cultures of  diverse set of people and economies are integrated. This term is largely related to removal of trade barriers to facilitate easy movement of goods and services across different countries (Baldwin and Lopez‐Gonzalez, 2015). Marks and Spencer is a multinational corporation headquartered in City of Westminster, London and deals in a large variety of products ranging from home commodities, luxury food products, clothing etc. The main reason behind conducting this research is to gain information about globalisation and its impact upon entity as the organisation is considering to expand in European markets.

It is a primary source of data which is use in execution of project. It is major product of project planning phase which is very important to define, integrate, coordinate and prepare various activities that are related to planning (Sassen, 2018). This project defines manner in which a particular plan is executed, controlled,  monitored and closed. It mainly helps every individual who is connected with that project to have access detailed information about it.

This is the most essential factor while conducting the research as it provides the overall cost of carrying out all the activities of project in a structured manner. For conducting this research, the cost is ascertained to be approximately 15K.

Yet another important aspect for carrying out a research is time frame for the project. In relation to this, the time frame decided for this project is 6 months.

It is an essential element of research as this gives an insight into the concept of globalisation and its impact upon the operations of company. Since Marks and Spencer is looking for carrying out expansion in European markets, thus this research provides a brief scenario of the route through which this will take place (Deresky, 2017). Also, conduction of this research will help in providing recommendations for any necessary changes that need to be brought in the plan.

Marks and Spencer is provide high quality products to its retailers and customers while exporting all of its products in international market.

In this, Marks and Spencer should build up positive relationship with Suppliers and retailers so that they can deliver best product to customers.

The main risk which can occur during international trade is chances of theft as products are transported in bulk in operating which are very expensive. There are possible chances that it might be misused by anyone.

Researcher have mainly used human resource as well as technical support in order to collect required details for completing this research in effective manner.

The work breakdown structure is a process of dividing complex projects into manageable and simple tasks. There are some structure used by an organisation to illustrate work breakdown structure to their employees like tree structure or list and tabular structure. This structure helps an business entity in giving visibility to important and risky work efforts and it will also helps in illustrating the relationship between activities and deliverables (Croucher, 2018). It is a crucial step for an organisation to manage a project effectively and efficiently.

It is graphical representation of duration of tasks. It is basically a type of horizontal bar chat which illustrates project scheduled. This chart includes start and ending dates and summary of particular project. Gantt chart contains various activities like start and end dates for tasks, project milestones, dependencies between tasks and individual assigned to each tasks. This chart is widely use in organisations for project management. Gantt chart befits companies for scheduling, monitoring, managing and monitoring of tasks and certain resources (Stromquist and Monkman, 2014). This chart help project manager to ensure that project is duly completed in given time frame. 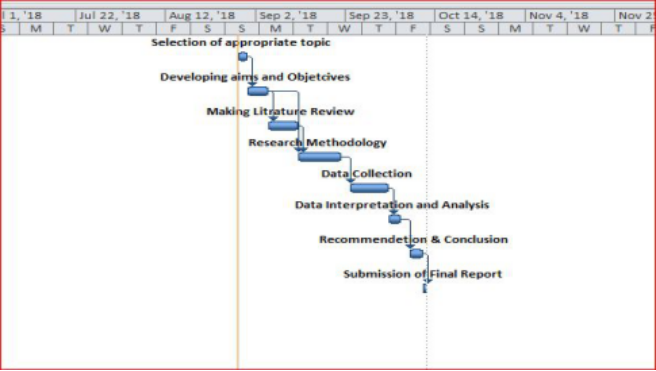 Primary data is a first hand information which is collected by investigator directly from its respondents. There are many methods of collecting primary data .i.e. questionnaire, personal interview and surveys. This data provides high level of accuracy to the researcher as data collected by an investigator is relevant in accordance with the research topic (PRIMARY VS. SECONDARY MARKET RESEARCH, 2017). It also gives an realistic view to the researcher for its research topic.

This method of research are mainly designed to find out the behaviour and thinking of any set of target populations with reference to any particular topic. This research  is basically concerned with understanding. Quality research beliefs on observance and flexibility. It is very complex to understand what human think hence, this method makes understanding of people much easier to evaluate and communicative. This mode of research simply allow to collect data from non numeric group and helps to make decisions with detailed judgement.

Quantitative research are high structured method which includes data like surveys and questionnaires. In this method there are closed ended questions and numerical data from which results have to be take (Meyfroidt and et. al., 2013). This method basically focus on describing on tendency of a population. This research uses collections of data, numbers to formulate any facts in research. 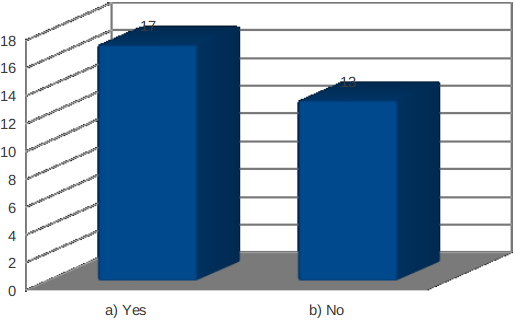 Theme 2:  Benefits of Globalisation for Marks and Spencer 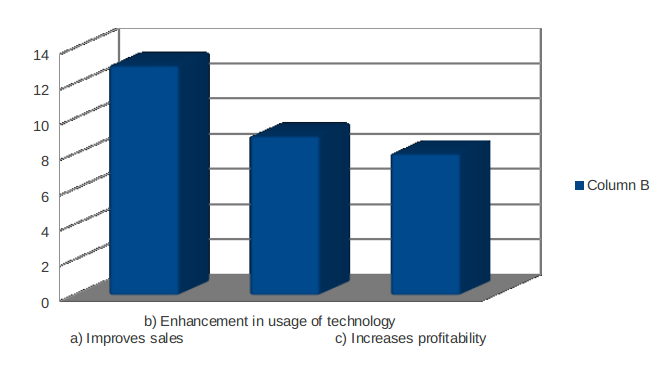 As per the above mentioned graph, it has been analysed that out of 30 appellant 12 respondents are in favour of technological factor that helps in contribution towards globalisation. Technology benefits companies to interact with large number of population. On the other hand, 6 respondents believes that economies of sale are more cost advantageous for enterprises because it helps them to obtain scale of operations with low cost of input. Whereas, 12 respondents believes that difference in tax rates is major that contributes towards globalisation because it difference in tax of different region benefit companies to save more capital

Theme 4:  Main elements that have resulted in globalisation 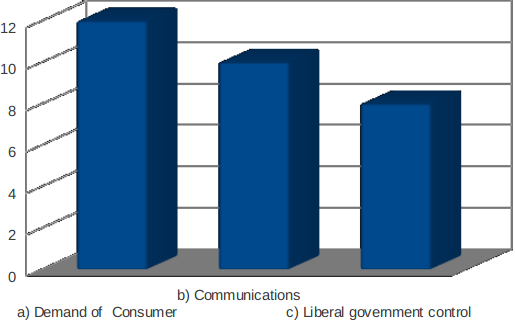 Interpretation: Interpretation: According to the above mentioned graph, it has been interpreted that 12 out of 30 respondents has considered liberal government control as the main element for globalisation. On the other hand, 10 respondents out of 30 believes consumer demand as an crucial element for globalisation because it helps an organisation in increasing their customers reach in a global market, whereas 8 respondents out of 30 considers communication as an main element because it helps in trading beyond domestic boundaries that would only possible through communication between two economies. 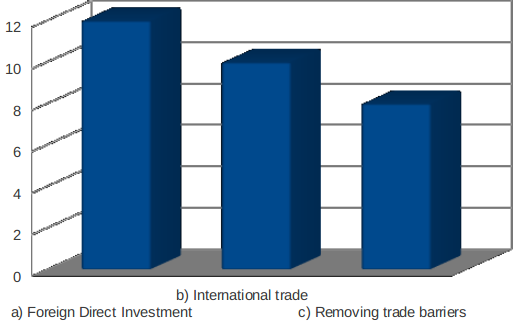 Theme 7:  Globalisation impacts on enhancement of knowledge of citizens 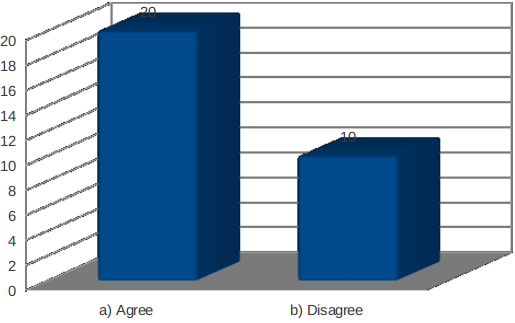 Interpretation:  As per the above mentioned graph, it has been analysed that  out of 30 respondents 20 appellant are agreed with the fact that globalisation impact on enhancement of knowledge of citizens. As globalisation allow different types of firms and companies to enter into  different countries this will benefit employees to enhance their abilities and skills. Whereas, 10 respondents disagree with the fact that globalisation benefits knowledge of citizens. Because globalisation decreases wages of workers and if any companies who are facing economic depression enter into any different country then it will become a threa 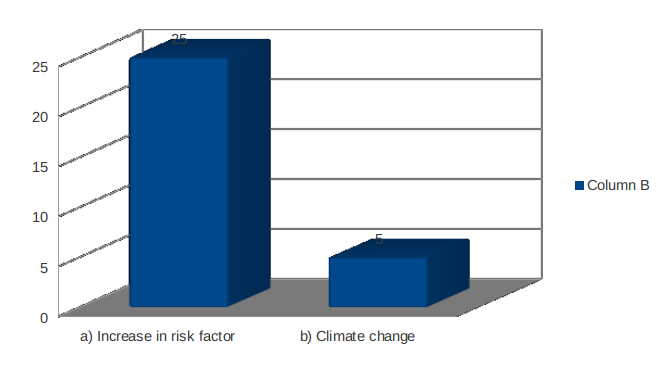 Interpretation: As per the above mentioned graph, it has been evaluated that out of 30 respondents 25 appellants said that religious conflicts are one of major challenge of globalisation. Because in  different geographical locations there are different kinds of religious person so it will become hard for companies to functions in any country without hurting felling of people. Whereas, 5 respondents said that climate change is major challenge of globalisation because it hinder production process.

From the above research report, it has been recommended that to formulate the expansion of operations of company across globe, Marks and Spencer should bring innovations in its existing range of products and services. Also, company should accumulate changes in the commodities it currently provides to consumers so as to correlate with the culture, needs and requirements of the new countries that it would explore as a result of the process of globalisation (Timmer and et. al., 2015). Furthermore, company should use extensive marketing tools and techniques so as to gain widespread acceptability from people of European markets. Besides this, Marks and Spencer can consider using various market entry modes like Foreign Direct Investment (FDI) or joint venture so as to successfully expand in new markets.

From the above mentioned research report, it has been analysed by me that this research was highly beneficial in assessing the concept of globalisation and how it helps in taking the business to a larger scale and collaborating with diverse set of  people and cultures. I have used primary and secondary research methods which provided me the required information about the concerned topic of study. On the other hand, I even faced certain difficulties while collecting information from people by way of questionnaire as many people straightforwardly declined to answer the questions while some other answered them without much interest in the study. Overall, the research helped me in ascertaining the views from various sources about globalisation.

From the above mentioned discussion, it can be concluded that the concept of globalisation is immensely beneficial for large scale organisations so that they can tap the advantage of new markets and customer segments. Also, it has been analysed as per the questionnaire that majority of respondents agree in relation to globalisation being essential and important for those organisations that wish to expand in new market globally. Besides that, it can be observed that globalisation largely helps in removal of trade barriers and liberalisation of such laws and regulations which restrict the movement of goods and services from one country to another.