Project management is a procedure and practice of initiating, planning, executing, controlling and closing of work  with a team to achieve desire objectives. This aids in managing the operations of organisation crucial to achieve the desire objectives. It's an application of knowledge, tools, techniques and skills of projects activities to meet the project requirement. The project is plan, organised, executed or controlled by top authority to accomplish desire objectives.   To understand this concept better Maytag company has chosen which is a American home and commercial brand appliances  owned by Whirlpool. The Maytag electronics wants to introduced large screen television in market. In this report there are following topics are covered such as: theories & concepts which are six sigma,  total quality management. The improvement plan will be implemented to analyse the  principles of operation management, project life cycle management and to critically review that management process.

P.1 The Implementation Of Principles Of Operation Management in Organisational Context.

Operation management is process concern with controlling of production and business process  in a efficient manner to implement it' desired objectives of organisation effectively. It involves converting labour and raw material into finish goods and services as efficiently as possible to maximise profit for organisation.  It refers to managing raw material, labour, energy which are converted into goods and services (Binder, 2016). The organisational employee skills, creativity, technological and rational analysis knowledge are all very essential for conducting successful business process. It concern with daily operations of business and supports with certain strategies. It handles strategic issues like determining the size of manufacturing plant, implementing the structure of information technology and project management methods. The  Maytag electronics are  about to launch a new product with a new segment, i.e. big screen television with 58 inches. To execute the plan companies manager require to examine certain principles.  Early time organisation are concern with operations, labour and it's technology advancement. But now a days organisations are more concern about certain theories and principles like six sigma, total quality management, lean principles etc. The principles of operation management are:-

It's essential for business to always improve their practices to maintain certain position in market. The position of a particular person change as according to situation otherwise this get effected in operations (Mubin and Mubin, 2016). every business required continuous improvement according to customer needs and market trends. To introduce new TV in market, manager are required to use management tools for effective implications of plan.  There are many tools and activities which are required for application of six sigma in project management to execute or to implement changes. Through applying these principles completion will quash and improvement is possible in business production. When it's come to streamline work and reduce  the waste then continuous improvement is required. As it's considered as on going process of improving products, services and processes in introducing new products. This delivery is required constant evaluation and change so further improvement is required in business as well. The principles are taken through which cost will reduce, quality improves, safety is provided to customer as well as society and deliver effective products to customer. With the help of these principles manager can examine the flause on regular basis and also conduct continuous improvement in business. The principles also help manager to identifies problems in production process. The implementation of process are:-

P.3 The stages of Project life Cycle in Business.

The Maytag electronics is a part of whirlpool company based in America. They do production  in refrigerator, washing machines etc. As they decided to launch new products in market which is large screen television  more than 58 inches. It's a large project for company so it's very important for them to make objectives, vision, mission differently for projects. These help manager of Maytag electronics to launch television effectively in market and employees also get benefits with this.

Mission:- To provide effective quality to customer at minimal cost.

Objectives:-They wants to increase overall sale of 15% and also increase customer base.

The Stages Of Project Plan Are:

It's a structure according to which key projects delivered in organisation as to manage the sections of work within team. In this management is delivered in the from of oriented hierarchy.  It's defines the scope of organisation as Maytag wants to introduce new range to television in market. 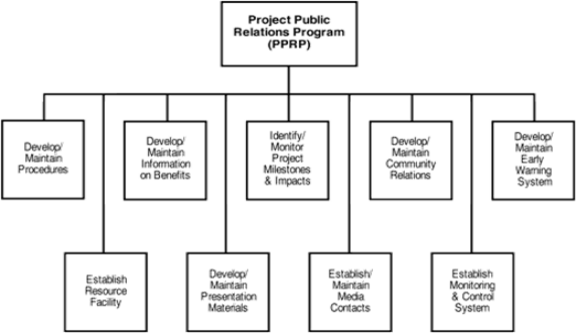 It's a historical bar chart is develop as used for production control tool. This help organisation in appropriately scheduling the plan, coordinate accordantly and track the specified task in a project to implement changes in organisation. It's a simple application of vision or to manage the project track  (Verzuh, 2015). 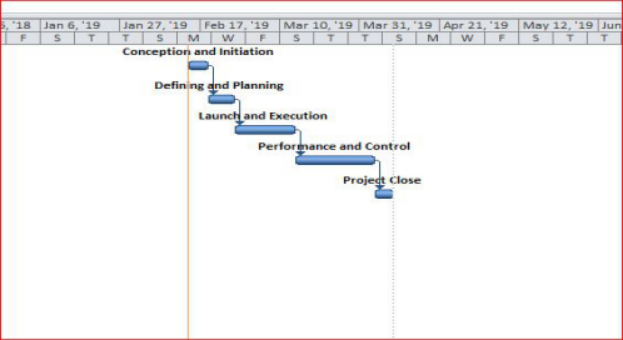 P.4 The Implication of Project Life Cycle In Certain Situation.

To effectively launch it's project company uses certain tools. The large project requires more cost as compare to small project in company. It's Maytag manager responsibility to effectively manage which approach is suitable to which situation as to launch large screen television in market and small changes in refrigerator with design. The difference of large project with small project with help of project life cycle are:-

From the above report, it be concluded that organisation wants to launch certain televisions. The certain approaches are used to implemented changes in organisation so that to accomplish the objectives. The organisation is applied six sigma approach so that quality is maintained and   lean principles are applied to manage the delivery and cost of production in organisation. Then implementation is take place according to certain bases are identifies which approach required to applied. The project life cycle model is applied to identifies it's effectiveness and importance whether it's important to introduce new product. The target customers are also determined. The organisation is required to analyse effectiveness of project life cycle.