Cross culture can be defined as the initiative of organisation in regard of increasing the different groups considerations. The management of cross culture consist of team working administration in the manner which can consider the practices, preferences and cultural differences of clients in the international business context (Caligiuri and Tarique, 2012). This report will repercussions over the management of cross cultural activities of HG company who is operating a new construction project in Uganda. The project is focusing over major problems and menace faced by their manager and vice-president while carrying out the project. Also this report will focus over the managing, designing and developing a podcast of this report in effective manner.

According to the case, James Green has been dealing with ethical dilemma in their organisation in context of their construction project. The manager of project, Charles Martin is assigned for designing, controlling and managing entire activities of the project. As per this, Green is not satisfied with practices that Martin apply as they are not according to the organisational culture. Hence, here are mentioned identified problems due to organisational culture:

According to the respected requirements, Edgar Schein's organisational culture model is more suitable for the following issues and problems. This model can lead to either more visibility of organisational culture or assist in adopting changes according to demand of company. This involve opinion, behaviour, appointments and opinion helping in not directly change the culture but create appropriate modification (Jackson, 2012). 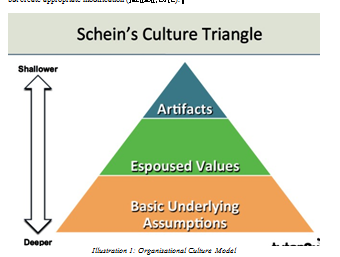 Through the assistance of this model, James Green can analyse the required amendments and changes that is needed in organisation as per the consequences. Also, it can assist the company to make modification in company's activities along with sticking to their culture to resolve their problems (Kawar, 2012).

As per highlighted case, in the African Operation of organisation, there is flat structure followed by organization but some local workers were unsatisfied by company as there are no one who seem to be manager or in-charge of project. The rate of employee turnover is higher. Here are discussed three major issues due to inappropriate and unorganized structure of HG:

In regard of carry out outcome and resolve the emerged problems, company can implement Bureaucracy approach within the internal structure of enterprise. Bureaucracy approach support the form of enterprise that comprise of officials that are non-elected who execute the terms in business sector (Thomas and Peterson, 2017). This aims over two essentials: one is focusing over hierarchy structure. Secondly, firm and their members are governed through clearly determined rational-legel rules of decision making. The whole procedure help in achieving targets and objectives. 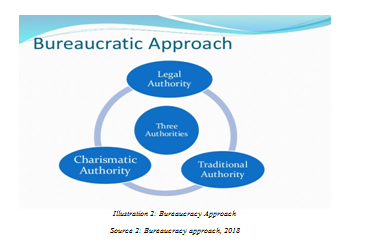 This procedure is helpful as this can aid in managing activities and operations of company accordingly along with managing issues by higher authorities of enterprise.

Case study identify one another problem i.e. dearth of personnel and motivation along with reducing obstruction which can resolve the issues. Vice-president Green has been thinking over Martin's termination as he is not satiate with the techniques used by Martin (Velo, 2011). Charles Martin, on the other hand is more flexible who adopt practices as per consequence and demand of situation. Due to this problem, there are various issues and problems identified in case associated with HRM and motivation discussed under:

As per the case study, Reinforcement theory is more appropriate according to the problems of organisation. Given by BF Skinner, this majorly focus over the personnel motivation of enterprise. It states that individual's behaviour is main functions of their situations. This is linked with “law of effects” which concerning over the positive activities repeatation and avoiding of repeat of negative practices as they lead to downfall.

By executing this concept, they can relatively solve their problem related to their motivation and HRM. This is required for manager to implement this strategy every employee simultaneously. Also they need to examine how positive reinforcement framework's main components effectively.

We have been working over the podcast project along with their team members as the assignment for higher grades. Entire team's collective efforts has resulted as the succession of this podcast report. Numerous sort of learning which can be achieved by each individual of team that has lead us to various theoretical as well as practical learning enable to achieve not only present but future tasks in effective manner. There are various activities which has been attempted by each members of team.

Various problems and conflicts were identified in the case study of cross-culture management project. Reinforcement theory as applied for motivation as this is one of the most quakiest and effective way to inspire workforce for performing any practices in their most productive manner. Also we have implemented Bureaucratic theory in order to manage organisational structure as this can help in achieving business objectives as well as managing structure as per the demand of company to re-evaluate their organisational structure in effective manner. At least, the projects has optimised organisational cultural model in regard of managing and resolving issues associated with organisational culture in effective manner. Hence, entire used approaches were effective and efficient that has been suggested by team members of project.

Thus, the prepared work project, whole team collectively gave their efforts to contribute in the activities of project and organisational practices. While developing the project, team has undertaken various procedure and consider the elements required for creating Podcast in effective manner. The process of preparing a podcast is complicated as there are various components that is needed to undertaken while developing a podcast report. So, for this, various methods and techniques are undertaken for developing entire report in effective manner. We have optimised more appropriate training methods and suitable techniques in regard of evolution of proper assignment and design the whole script. Initially, proper preproduction planning procedure was managed through deciding theme by team members. I have determined various elements and components that can help in achieving target. There is one major drawback that is needed for developing an entertaining and appealing podcast i.e. time duration of project as long podcast can make whole project more rough and unappealing. Hence, this was the major elements which we kept in mind before developing the report of podcast.

While working over the project, there are various problems and issues that is faced by entire team. The cultural issues, language barrier, lack of understanding level etc. are the drawbacks i.e. the whole members of group faced which is required to resolve. In order to estbalish more understanding among the team members, we have adopted participative method of leadership that has led us to more considerable team situation within the entire group. Also, various suggestions were outlined for further project building and creation of report. Hence it can affirm that there are various learning which are gained by each and every team members while developing this project that will not only effective for present purposes and targets of them but will be effectual for future purpose of organisation leading to life-long learnings of organisation.

This can affirm from mentioned report that operate the business on international market require more investigation and various business environment element in order to perform this business better. Also, this also provide overview over the designing, planning and implementation of strategies and approaches in regard of preparing an effective Podcast.