Learn the Benefits and Drawbacks of Perfectionism 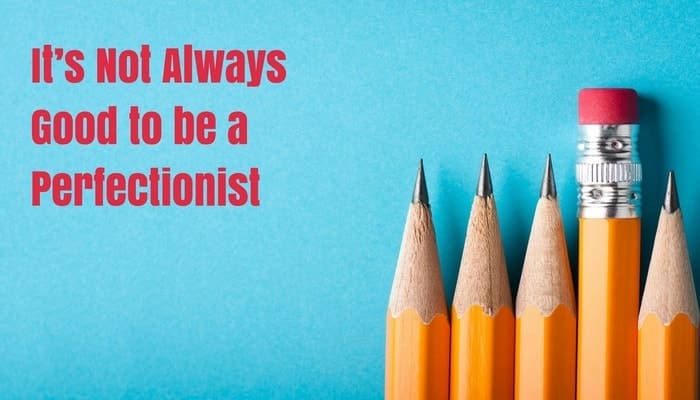 Know why it’s not always good to be a Perfectionist

There is a common belief that perfectionist people are the best in their academics and perfectionism is the way to succeed in life. Many students have often been witnessed self-promoting themselves of being Miss/Mr. Perfectionist. But, do you know it’s not always right to be a perfectionist. While it's good to do every bit of task with flawlessness, but it's not easy to achieve this, so a perfectionist always suffers from incomplete missions.

The Holly Hunter’s character, “Jane”, is the perfect example before us. She’s hard-working, smart, and an absolute perfectionist, which makes her life challenging. On one hand, she’s insanely talented. But due to being a perfectionist, she never completes her tasks on time, and seeks the same sort of perfectionism from her subordinates too.

First of all, let us know what perfectionism is. We all think perfectionists are the people with higher than the normal competitive edge and they often work to bring the best quality in whatever work they undertake. But are all those who are extra competitive and go an extra mile to bring the best-quality in their tasks perfectionists? We tend to combine many different personality types and behaviors under the perfectionism label, but as per psychologists, perfectionist are a different beast. As per the multiple research made on perfectionists, it has been found that these people set unrealistic goals in their life and they cannot simply accept any imperfection. These people are often the most terrible managers or bosses who are disliked by their subordinates. Also, they always feel the fear of failure and are not strong enough to face it. Failures make them extremely depressed.

While having high standards is fine and striving for quality is admirable. But expecting nothing short of a flawless performance every time is a recipe for distress.

Pros and cons of perfectionism

While some physiologists believe that traits of perfectionism. are motivational and help people perform the best, others argue that perfectionism can be quite problematic in today’s world. At one hand, urge to perform perfect piece of work means that a person will be high achiever. But at the same time, expecting nothing short of imperfection from yourself can have painful psychological side effects. Perfectionism leads to the following problems:

Perfectionists tend to react negatively to criticisms because they consider them as failure and for them failure means worthlessness. They often internalize their feelings by blaming themselves, or they might become defensive and lash out at their critics, regardless of whether the criticism is real or perceived.

Perfectionists not only hold themselves to impossible standards, but also have unreasonably high expectations from others. This makes them unable to coordinate with a group. Also, they do not delegate a task to others as they fear that no one else can perform it the way they can.

Perfectionists put off important tasks until the last minute because they keep on polishing them for utmost perfection.

High achievers are driven by a desire to succeed. But, perfectionists push themselves because they fear how others will perceive them if they’re anything less than the best.

Perfectionists believe that the only way to become happy is by bringing perfection in their work. But, they are rarely satisfied by their performance, and thus they’re rarely happy. Their worries about failing to meet their own impossible standards can lead to health disorders such as depression and sleeplessness.

We can conclude that it’s not the time to be a perfectionist, rather one should be more practical in one’s performance. Hope you liked reading this blog. If you are unable to write your assignment by your own, then seek help from the experts working at Global Assignment Help Australia. We are one of the leading online assignment writing service companies in Australia that has so far helped many students to score good academic grades.